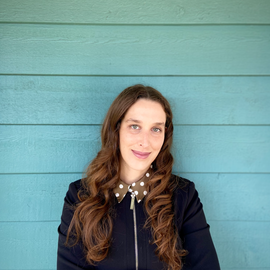 I study processes of media reception and influence around political and social issues, particularly intersecting gender inequalities in the Americas. Methodologically, I draw from qualitative interviewing methods, surveys, experiments and comparative approaches. Fieldwork for my research has been conducted in Argentina and the United States.

Some of my recent or forthcoming publications analyze the reception of Turkish television dramas in Argentina (forthcoming in the Journal of Communication); the emotional experiences, interpretations, and practices of consuming news and perceived misinformation during times of political polarization in the U.S. (Journalism, Digital Journalism); the role of the perceived gender of journalists on the promotion of ideas around the severity of sexual harassment (Cuadernos.info); and the experiences of watching television entertainment in Argentina and the United States (International Journal of Communication).

I am currently working on a series of projects. With E. Mitchelstein, P. J. Boczkowski, and F. Suenzo, we are working on a book manuscript based on interviews, surveys and experiments during the Argentine 2019 elections, titled The Patina of Distrust: Misinformation in a Context of Generalized Skepticism, under contract with The MIT Press. Other ongoing projects study the role of survivor/victim’s racialized ethnicity and class backgrounds on news audiences responses in Argentina and the U.S.; Argentinian and U.S. feminist activists' interpretations and interventions in communication for gender equality; the role of partisanship and gender in people’s assessment of sexual harassment scandals involving politicians in the U.S. (with Jin Woo Kim), among others.

I currently teach an undergraduate class titled “Media, Cultures and Identity” and a graduate level course on Academic Writing. Previously, in both Argentina and the United States, I taught introduction to communication, history of the media, social scientific methods, and critical approaches to popular culture. In 2015, I received a Teaching Award at Universidad de San Andrés, given to the best Teaching Assistant at the university.

Among other appointments, I am a faculty affiliate at the Center for Latinx Digital Media at Northwestern University; a member of the organizing committee of the “Media & Communication in Global Latinidades” Pre-Conference at ICA; a research affiliate at the Center for Media and Society in Argentina, and a member of Digital Journalism’s Editorial Board.